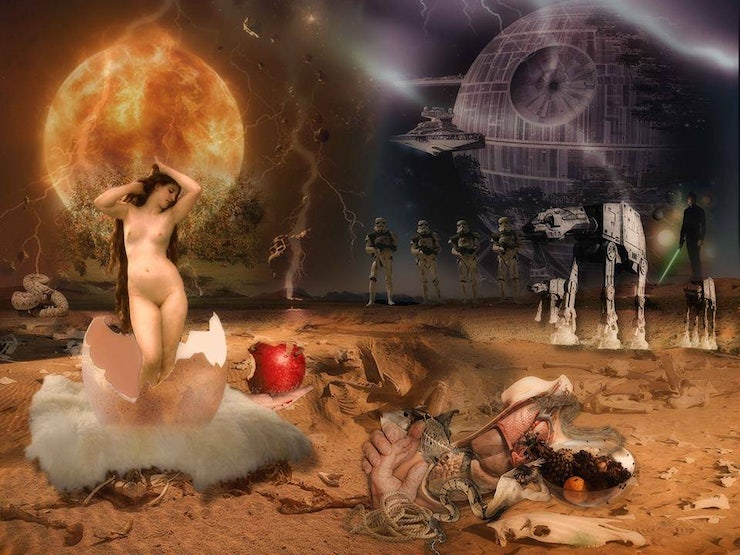 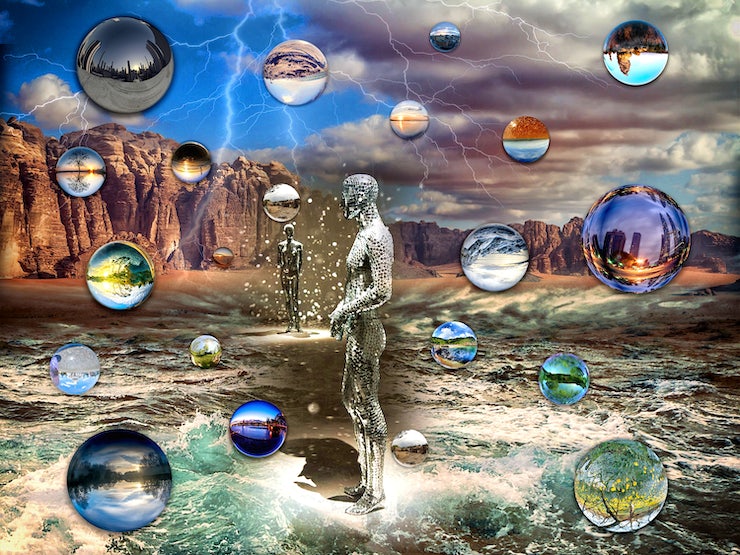 "The After Life" Dali-Inspired Digital Collage 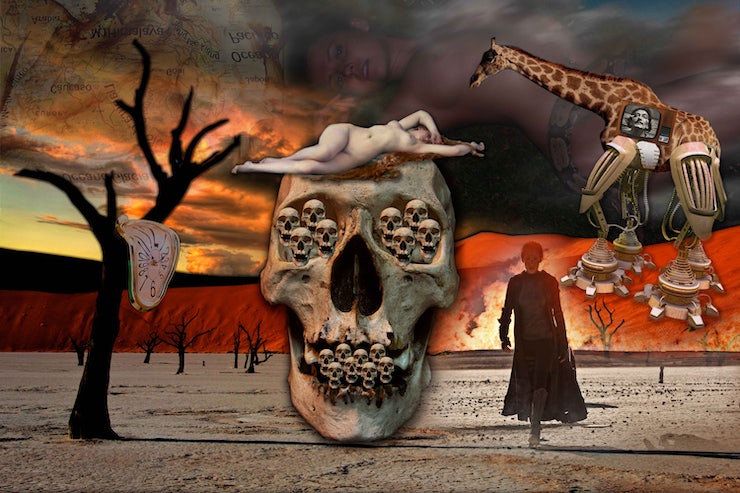 "A Vision of Dali" 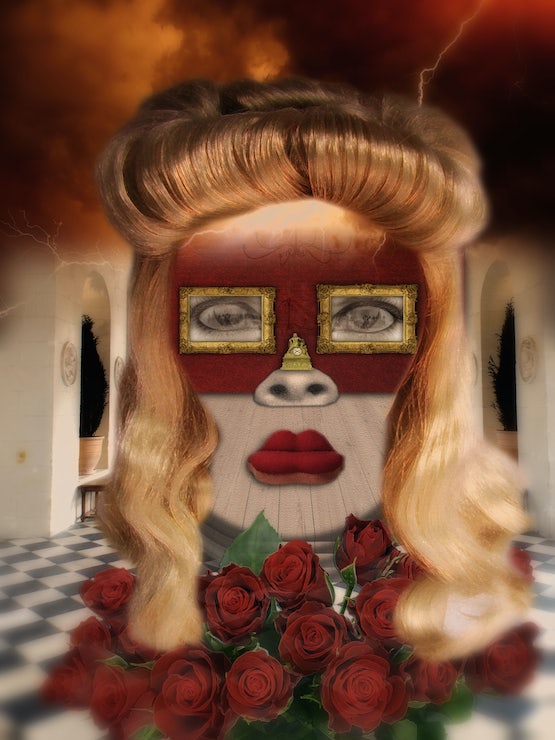 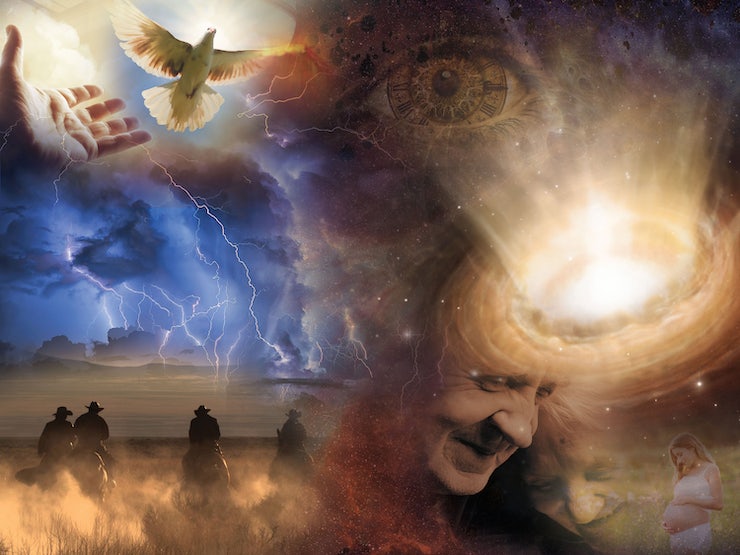 "You Can't Take it With You" 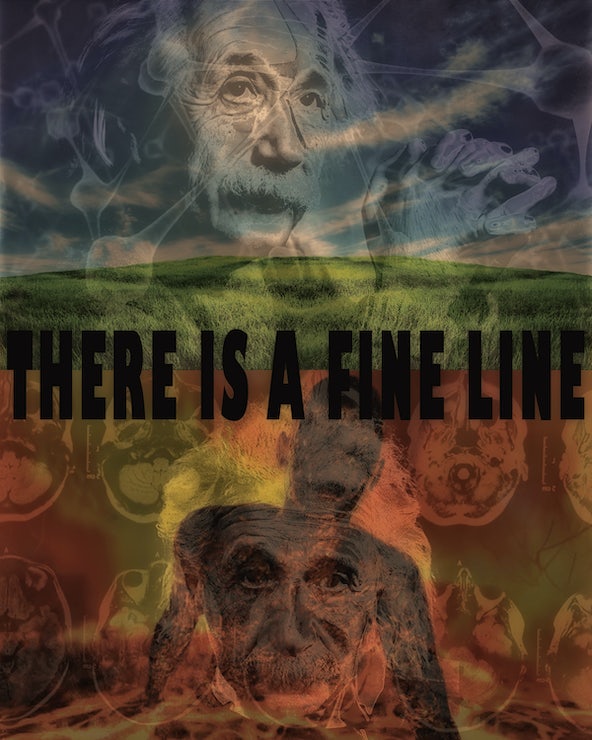 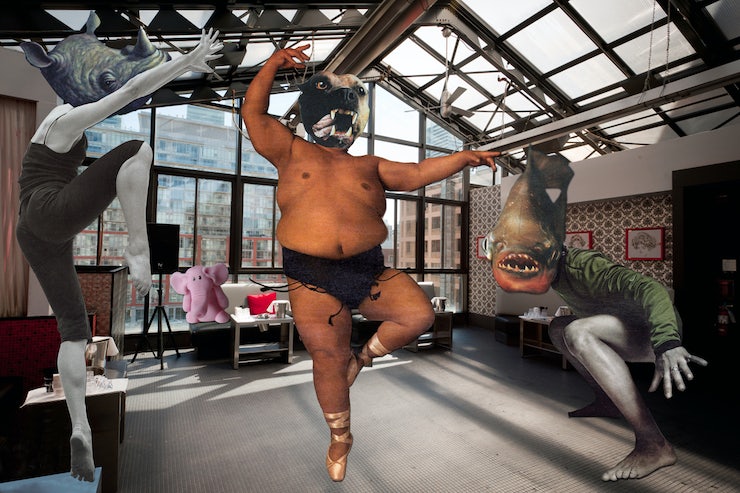 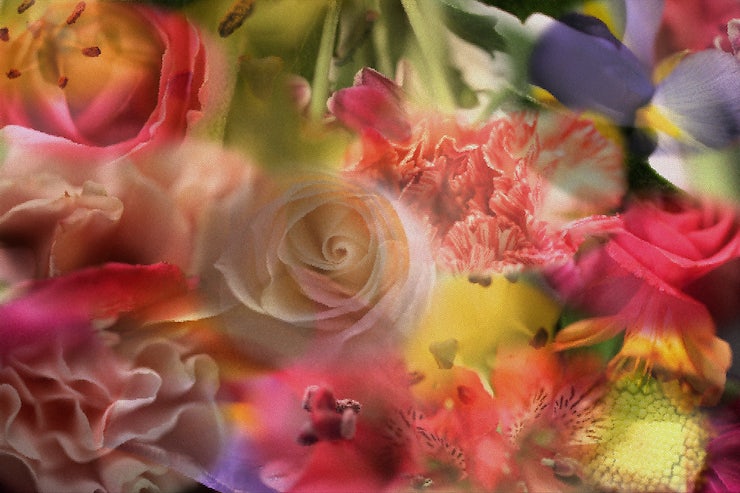 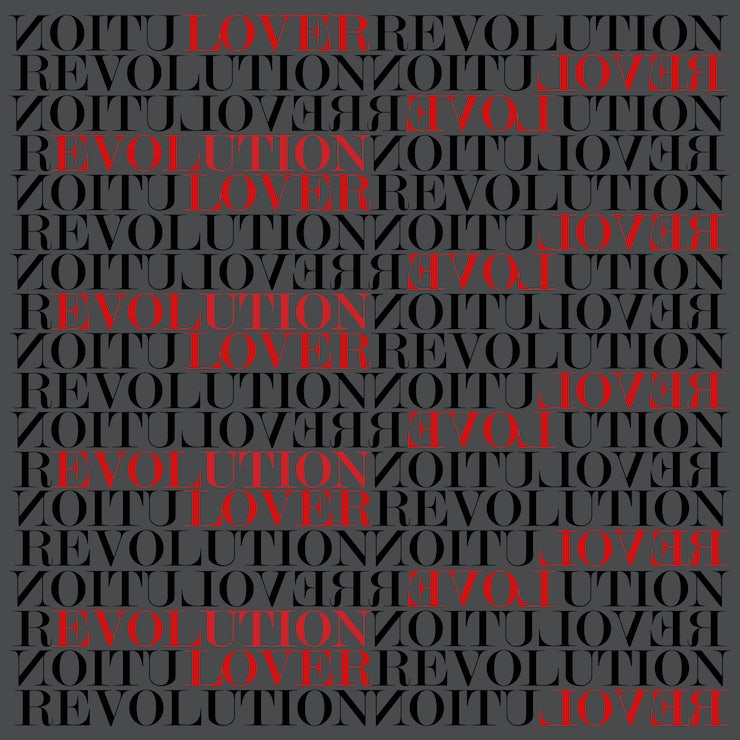 A play on words and type in the style of Robert Indiana - a pioneer of pop art.

"The Book of Eli"

A series of dramatic scenes from the 2010 post-apocalyptic movie. Note the shopping cart. These shots were all taken while watching the movie on a large screen tv, using a digital camera to photograph what was being seen on tv. Approximately 600 shots were taken from which four were finally selected, brought into Photoshop, assembled and stylized.

Another post-apocalyptic movie -- this one produced in 2009. Again, the shopping cart comes into play. Same process as explained above. 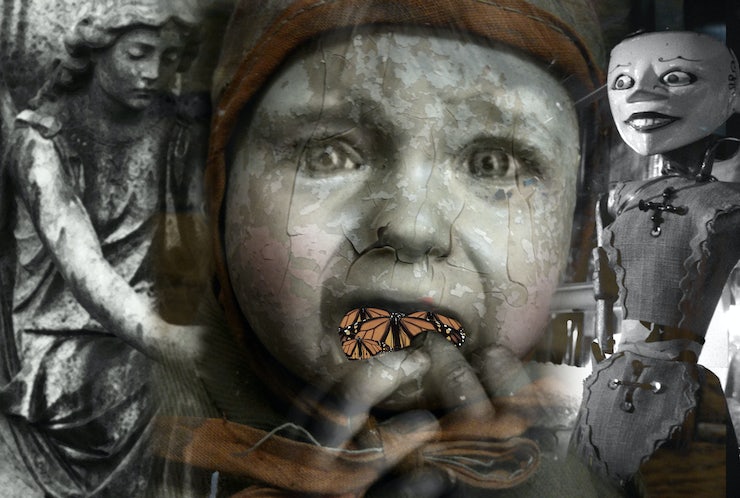 Atrocities of war, it's effect on innocent children. The child's shell is broken, and peeling away and his soul wants to be free - as symbolized by the butterfly. The severe looking doll has a Nazi-stare - the stuff nightmares are made of. The statue represents what was, and will no longer be -- just a reminder of what life once was like. 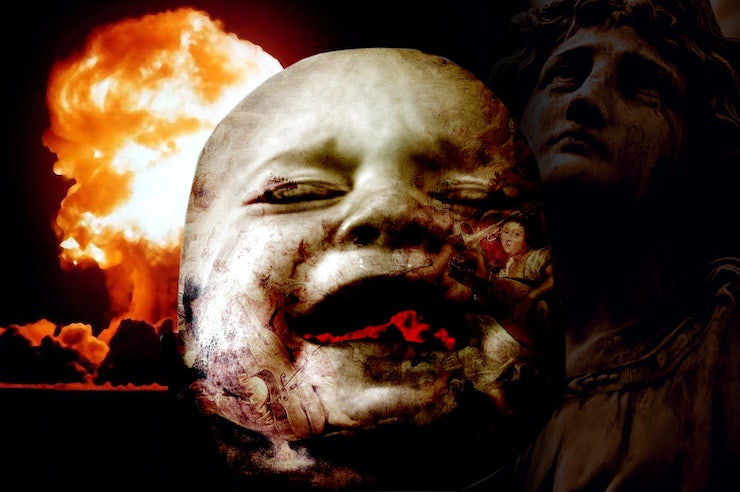 Again, the effects of war on innocent children. The statue looks at heaven wondering what ever came of human "kind". The atom bomb is as fiery as the depths of chaos and despair coming out of the grieving child's mouth. The child's skin is imprinted with scenes from the past - the beauty of a long lost time which will never be more.